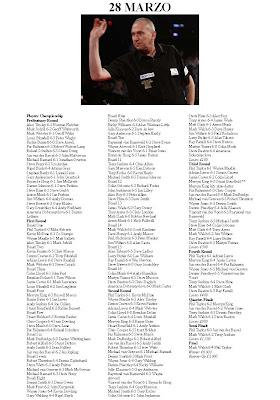 Commento in Inglese:
MARK WALSH defeated Phil Taylor 6-4 to win Saturday's Players Championship in Coventry.
Walsh became the first player to defeat Taylor away from the television screens
in 2009, edging a tight final at the Ricoh Arena. Walsh led 2-0 and 5-2 thanks to two breaks of throw before Taylor cut the deficit to one leg, with the world number one taking out 128 during his fightback. But Walsh's consistent scoring paid in the next leg, hitting three successive 140s and taking out 81 for a 12-darter to seal the £6,000 title - his first ranking event win since September 2005.
Walsh made strong progress through the early rounds with wins over Scott Kirchner, Dave Honey and Jim Withers before defeating Matt Clark and Steve Beaton 6-1 to reach the semi-finals. He then defeated in-form Terry Jenkins 6-2 to reach the decider, and went on to repeat his win in the 2005 UK Open Welsh Regional Final against Taylor in the final.
Taylor had only previously lost in 2009 to James Wade in the Whyte & Mackay
Premier League, having won the Ladbrokes.com World Darts Championship and coral.co.uk Players Championship on television in January and six PDC Pro Tour events. He whitewashed Mike Roberts in round one, and then enjoyed 6-1 victories
against Kevin McDine, Wayne Mardle and Adrian Lewis before seeing off Mervyn King 6-2 in the quarter-finals and whitewashing Jan van der Rassel in the semis. Dutchman van der Rassel's semi-final appearance was his first with the PDC and included wins against Wayne Jones, Par Riihonen, Mark Dudbridge and Andy Smith. Jenkins followed up an appearance in the final of the UK Open South-East Regional Final last Sunday by reaching the last four, including a win over Dennis Priestley in the quarter-finals. King recorded his first competitive nine-darter, achieving a perfect leg to seal a 6-0 victory over Stuart Bousfield, earning him a £4,000 bonus. Anastasia Dobromyslova dropped just one leg in victories over Darren Latham and Mark Carter to reach the last 64, where she came from 3-0 down to lead Steve Beaton before losing 6-4. Former Lakeside Champion Andy Fordham suffered a preliminary round defeat on his PDC debut, losing 6-4 to Gary Scratchley.
Mark Webster and Gary Anderson suffered second round defeats, to Adrian Lewis and Jelle Klaasen respectively, and three-time World Champion John Part was defeated at first round stage by Colin Lloyd. 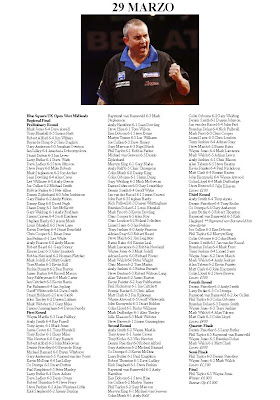 PHIL TAYLOR picked up his seventh PDC Pro Tour win of 2009 with victory over Wayne Jones in the final of the Blue Square UK Open West Midlands Regional Final.
Taylor had lost in the final of Saturday's Players Championship to Mark Walsh
- his first defeat on the PDC Pro Tour this year - but bounced back in style to
claim the £6,000 title. He defeated Robbie Parker, Gary Mawson, Mervyn King and Colin Osborne to reach the quarter-finals, where he staged a superb comeback against Raymond van Barneveld. Trailing 5-2 to the world number three, Taylor won the next four legs in 11, 11, 13 and 11 darts to sweep into the semi-finals, where he whitewashed his great rival Dennis Priestley. Taylor then defeated Wayne Jones 6-5 in the final, coming through an exciting
deciding leg battle. Taylor had broken throw in the opening leg and led 3-1 only for Jones to take three in a row, including a 121 finish, to lead. The next three also went with the throw to send the match into a decider, but Jones missed the bullseye for another 121 finish, and then darts at double eight and double four for his first ever ranking title before Taylor hit double eight for
a 13-darter. Taylor's victory means he passes the £600,000 barrier on the PDC Order of Merit, based on prize money won in ranking events over the past two years.
"I'm really pleased to win this," said Taylor. "It was disappointing to lose against Mark Walsh in the final on Saturday but he was the better player. "Wayne did really well too and could have won this one, but I got there in the end. He'll be stronger for it and it's great for me too." Jones was appearing in his first final for 12 months, having had to win a deciding leg in both the quarter and semi-finals, against Brendan Dolan and Mark Walsh. He also overcame Mark Jodrill, Mark Lawrence, Steve Maish and Terry Jenkins in his best display so far this year. American Larry Butler, the 1994 World Matchplay champion, rolled back the years by reaching the semi-finals to win himself a place in June's UK Open at Bolton.
He included Robert Thornton and Co Stompe amongst his victims before going down to Priestley, who he had defeated in the World Matchplay decider 15 years ago but allowed off the hook this time, as the Yorkshireman came from 5-2 down to win.
Matt Clark produced another big comeback, from 4-2 down, before seeing off Colin Lloyd to reach the quarters, while teenager Joe Cullen made the last 16 for the first time on the circuit.
Raymond van Barneveld hit the weekend's second nine-darter, wrapping up a comeback against Kirk Shepherd with the achievement in the deciding leg of their third round game.
The nine-darter was the fourth of van Barneveld's PDC career and earned him a £400 bonus, after Mervyn King scooped the £4,000 rolling bonus on offer on Saturday.
Pubblicato da Califfo

da Dolly & Pizzi: passaggio in A 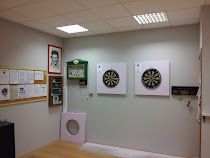 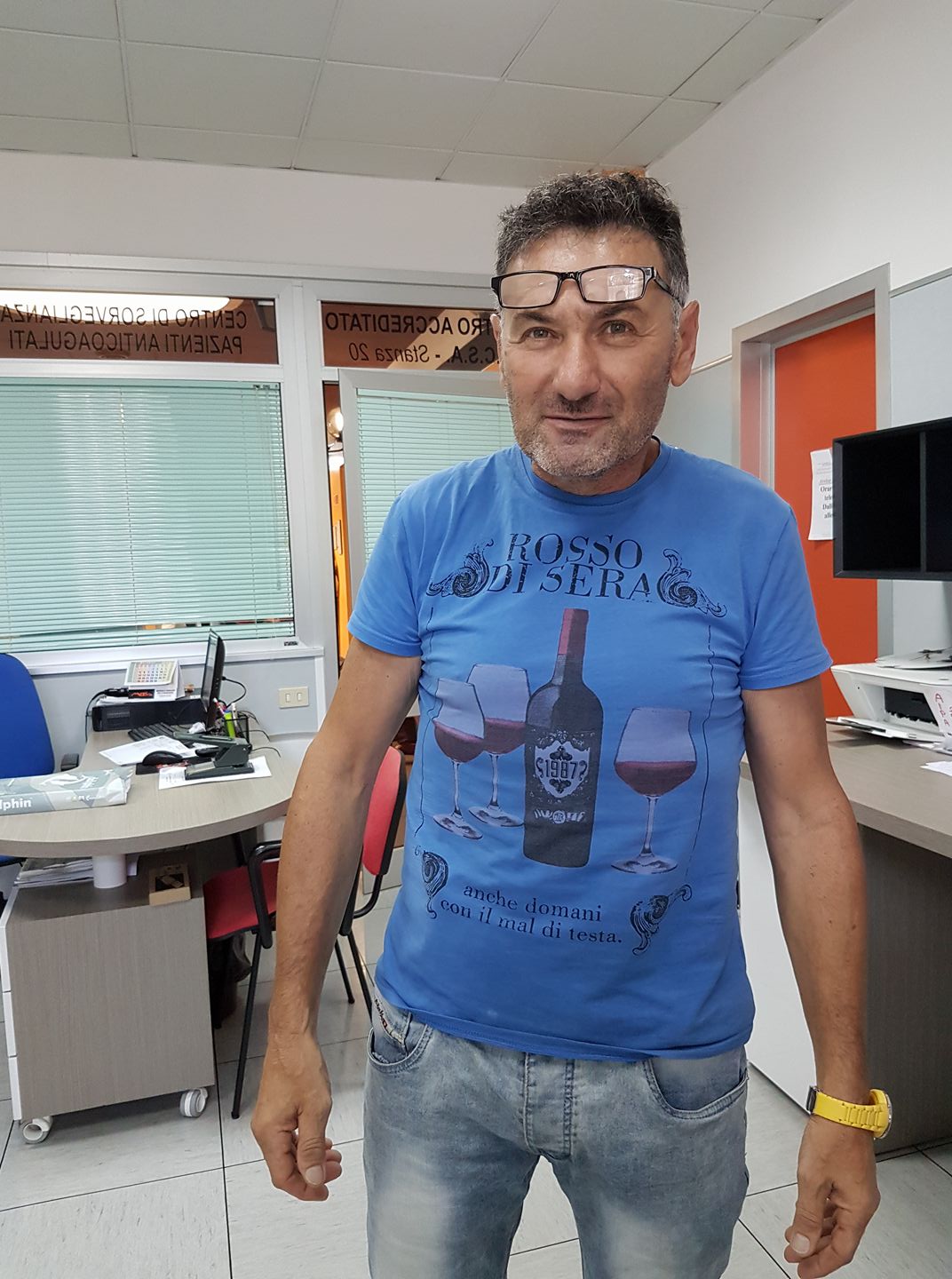